This week has been one of mostly refactoring. I’ve been streamlining the code to make it easier to add new objects and features later on. This will prove useful, because the gameplay clearly needs a lot more experimenting to get it right.

As to the gameplay, there’s been some progress, though nothing spectacular. As I wrote last week, there are different ways to set the fluid in motion:

One problem that remains is visualization: how do you make it evident to the player what the pressure in a certain region is? Do we even need to? I’d say yes, because the fluid will always move from high-pressure areas to low-pressure areas. Having different inflow and outflow points with different pressures could then be used to create interesting puzzles. But I’ve shelved the visualization issue for now, turning towards flow control instead.

So far, I’d been working with rectangles only. Rectangles, especially of the axis-aligned variety, are a programmer’s friend. They are straightforward, easy to define and use, and can be used to represent most things on a computer screen. However, in a fluid game like this, they have a severe problem: corners. 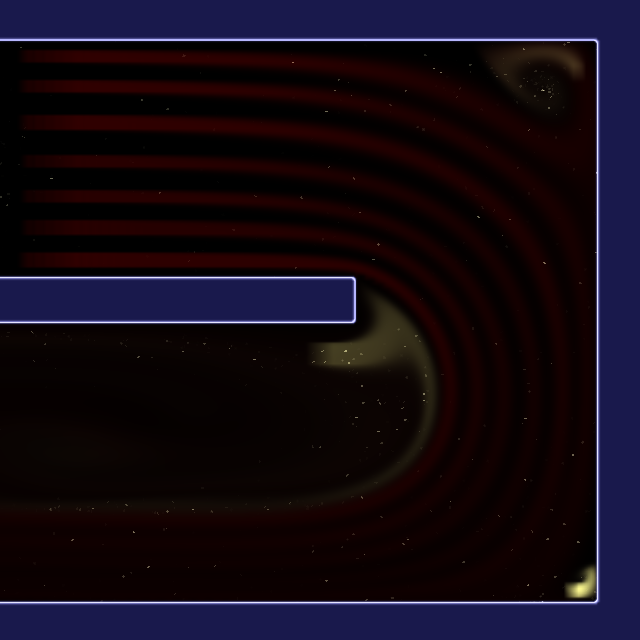 This is a simple test setup with high pressure at the top left, and low pressure at the bottom left. This causes a U-shaped flow around the obstacle in the middle. As you can see, the sharp corners lead to large and small swirls and eddies in the current. Especially in the top right and bottom right corners, this is problematic: that bit of fluid will just spin around without ever getting anywhere. If an object were floating in that bit, it would be irretrievably lost unless you could pull on it directly – and that wouldn’t be much fun!

In an attempt to fix this, I spent a few hours implementing circular and polygonal shapes as well. Now we give the level designer the freedom to create a more rounded setup, which will lead to less vortices and eddies in the current. As you can see in the screenshot below, it works quite well: the vortices in the corners are gone (because the corners are gone). The obstacle in the middle still causes a large vortex underneath it, but with fluid flowing so fast around a still relatively sharp corner, this cannot be prevented. 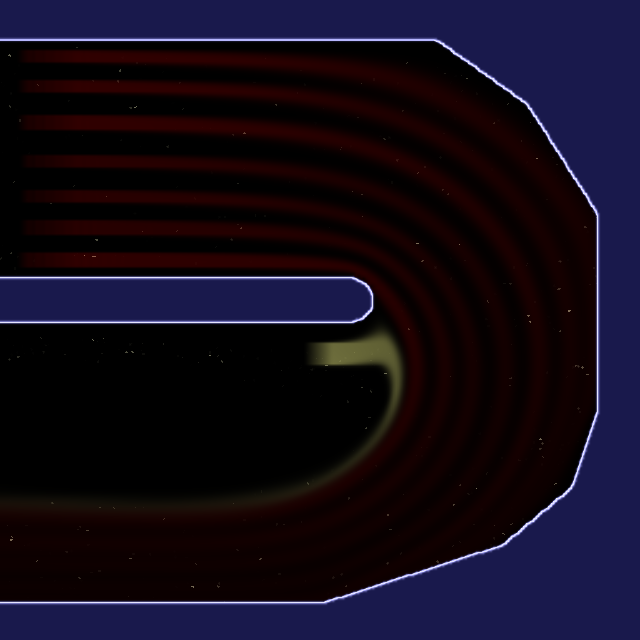 Or can it? Maybe a higher viscosity will cause the fast-moving fluid to drag the slow bits along? It turns out that it does not, probably again due to shortcuts in the fluid solver, but a low viscosity shows that it was the right idea. Look at those beautiful vortices! 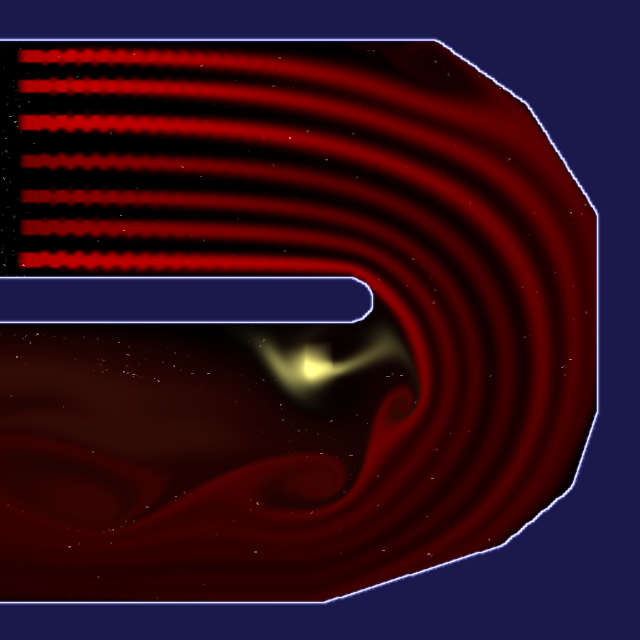