▴ Next: Three challenges in game programming

▾ Previous: How to win at the game Pickomino

After a weekend of toil with GRPC, ProGuard, dex, Netty, Maven, Gradle and IntelliJ, I finally managed to build a release APK of the first public version of the Bigcanvas app. Add some screenshots (inspired by – well, hopefully you can tell), and we have a publication! 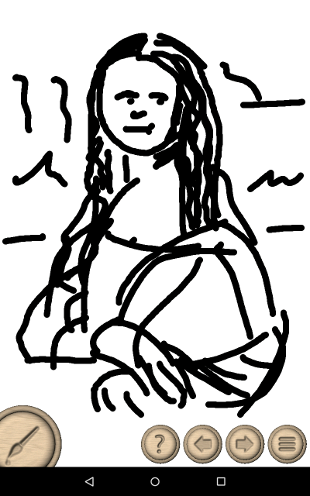 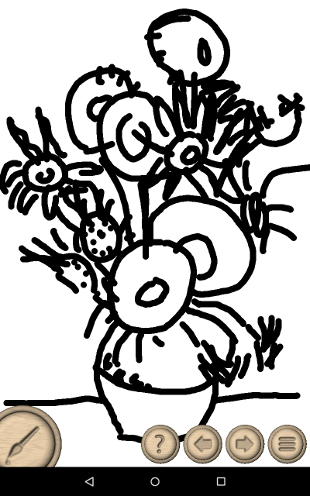 I made the banner graphic at the top to look like it was made in the app itself, just to set the right expectations, but it was actually done in Inkscape. The screenshots were done in-app, and are actually the first “official” content after I deleted all my testing scribbles from the production database. So you’ll be able to admire these amazing works of art when you open the app.

I decided to release to a handful of countries first, just to see if any critical issues would crop up that would ruin the app’s rating when exposed to a bigger audience. If all goes well, I’ll open it up to the world in a few days. But if you’re in the Netherlands, the United Kingdom or Germany, you can already get the app here (should be up in a few hours):

Since I’m building this in the lean startup fashion, this is very bare-bones right now. Basically all you can do is draw black lines of a fixed width, jump to random spots on the canvas, and go back and forth in your “browser history”.

But the app does contain Google Analytics instrumentation, so it’ll let me measure how much people use it. At the last moment, I decided to also add a feedback button, which was super simple because it just opens up an email client with the address feedback@bigcanvas.io already filled in.

The next big thing to implement will be sharing, because I think it will be hugely important for getting users. More about that in a future post!

▴ Next: Three challenges in game programming

▾ Previous: How to win at the game Pickomino