▴ Next: Jumping aboard the Godot train

▾ Previous: Discrete physics on a 2D grid: back to basics

Mixium is a puzzle game in which you mix liquids to achieve a particular ratio. The trouble is: your beakers don’t have any scale on them, so you can only fill them to the brim or empty them into a larger beaker. 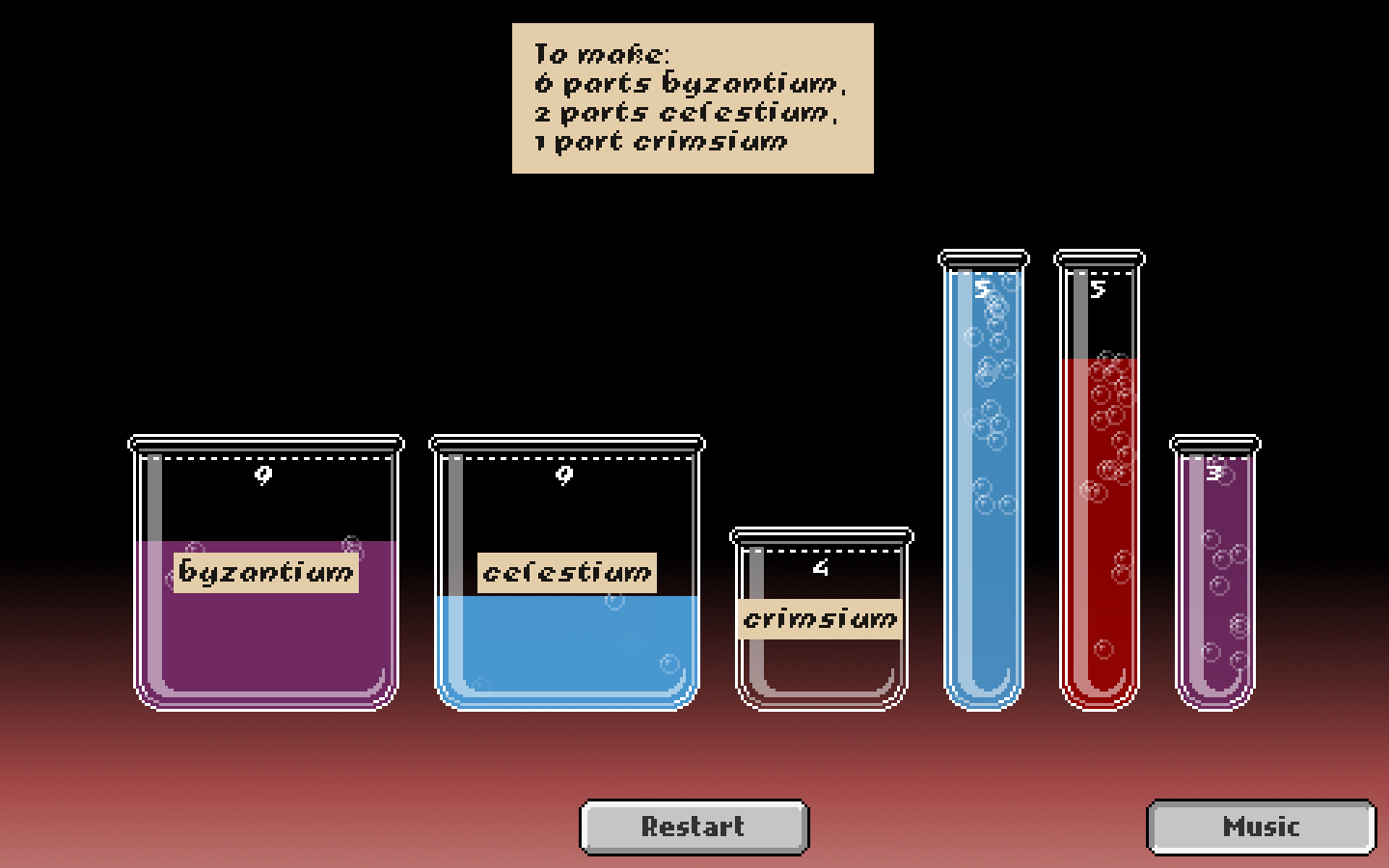 Mixium was my entry for the 1st Alakajam! game jam competition. I entered in the Solo division, which means everything has to be made by a single person from scratch within 48 hours. It ranked 5th place overall, 3rd place in the Theme category, and 1st in Gameplay! Even though Alakajam! is still a relatively small event (there were 36 contestants in the Solo division), this is a new record for me, and one that will be hard to beat as the community grows.

Here’s a little postmortem of how things went.

Here’s the results page with comments, and here’s the playable game. Enjoy!

▴ Next: Jumping aboard the Godot train

▾ Previous: Discrete physics on a 2D grid: back to basics